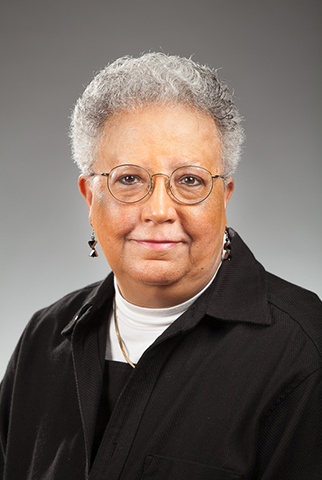 Ms. Hatcher is a retired instructor who taught writing and literature for 30 years at Washtenaw Community College.  She served as English/Writing Department Chair for several years. Other positions she held at the college include: director of the English/Writing Department Writing Center, interim Vice President of Instruction, interim Dean of Humanities and Social Science, assistant to the Dean of HSS assigned to write the first Assessment Report to The North Central Association. During her tenure she received several awards including: 1986 - Faculty Recognition Award from the Board of Trustees, 1989 - National Teaching Excellence Award from the University of Texas,  1991 - the first Morris Lawrence Award, 1995 - Administrative Group Special Service Award, 2000 - WCC Vision of Racial Equity Award, and 2004 - WCC Model Award for Motivating and Developing Leaders. She also held several appointed and elected positions in the Washtenaw Community College Education Association including President of the Association overseeing several faculty contracts. In 2014, she was elected to the Washtenaw Community College Board of Trustees for a six-year term beginning in January, 2015. She was re-elected in 2000 for a second six year term.

As a resident of Ann Arbor since 1971, Ruth has served on The Vestry of St. Andrew’s Episcopal Church, The Ann Arbor Community Foundation, The Greenhills School Board, and the Board of the Shelter Association of Washtenaw County.

Ruth Hatcher grew up on the south side of Chicago attending both the University of Chicago Lab School and Hyde Park HS.  She attended Earlham College, a Quaker school in Indiana where she earned a B.A. in English. Following her graduation, she worked at Earlham College as Head Resident of women’s dormitories and Assistant Director of the Faculty Seminar in African American Studies.  After moving with her husband to Ann Arbor, she earned a M.A. in English and completed course work in the Doctor of Arts program at the University of Michigan.  It was in this program that her mentor, Dr. Richard Bailey ignited her passion for the community college.  Ruth has been married to Chuck, a retired fishery biologist, for over 50 years.  They have three grown children: Charles, Robert, and Corinne and three grandchildren.