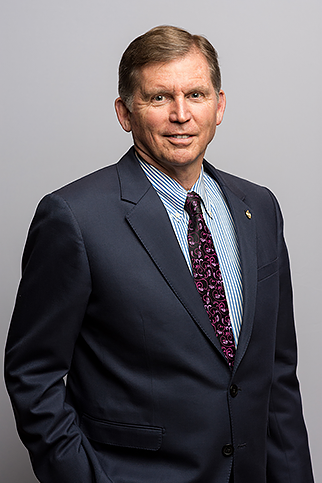 William G. Milliken Jr. was elected a Washtenaw Community College trustee in 2016. He is president of Milliken Realty Co., an Ann Arbor commercial real estate brokerage firm which he founded in 1996.

He sits on the executive committee of the National Association of Realtors and was nominated for the Association's Distinguished Service Award (DSA). William was 2019 chair of NAR's Commercial Committee. Previously he was an NAR Regional Vice-President for Region 6.

He served as the 100th president of the 30,000 member Michigan Realtors in 2013. William launched his real estate career in Ann Arbor in 1987. Previously, he worked in Washington, D.C. for NASA and the U.S. Dept. of Justice.

William is a director of the CCIM Foundation, chair of CCIM's International Activities Committee and served three terms on the board of the CCIM Institute; he has done trade missions to Taipei (2015) and Mexico (2016) and was a delegate on CCIM's trade mission to China in 2006. He was named REALTORS®-of-the-Year by the Michigan Commercial Board of REALTORS®, and Ann Arbor Area Board of Realtors, respectively.

Gov. Gretchen Whitmer appointed William to a 6-year term on the Mackinac Bridge Authority last year. He is a board member of New Detroit; and Groundwork Center. He served as president of the Commercial Board of REALTORS®; a director of Republic Bancorp, and; board chair of the Ann Arbor Chamber of Commerce. He is a licensed private pilot and has visited all 50 states.