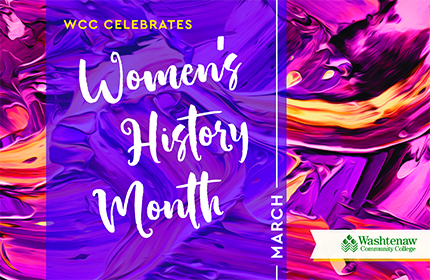 “We’re excited to welcome Dr. Hanna-Attisha to the WCC campus to share her important message, which is as much about the power of personal advocacy as it is the quest for social justice,” said WCC President Dr. Rose B. Bellanca. “We also can’t think of a better person to kick off our Women’s History Month series than Dr. Hanna-Attisha, who is among the latest in a long line of women who’ve made great contributions to our nation.”

A recent inductee into the Michigan Women’s Hall of Fame, Hanna-Attisha will discuss her dramatic professional role in researching and revealing the lead levels in the children of Flint; along with her inspiring personal story of being an immigrant, doctor and health advocate raised by a family rooted in social justice activism. Both topics are covered extensively in her award-winning book, What the Eyes Don’t See: A Story of Crisis, Resistance, and Hope in an American City.

The Hanna-Attisha lecture will be held from 4-5:30 p.m. on Wednesday, March 6 in the Towsley Auditorium inside the Morris Lawrence Building (see campus map). Registration is not required.

Two other Women’s History Month events that are open to the public include:

Women’s Space in the Gig Economy

Hear from women who have been living in the “gig economy” for decades and a WCC student entrepreneur who is just starting out. Explore what the gig economy is, how it affects women, and strategies for making the best of it. This event is sponsored by the Women of Washtenaw, a chapter of the Michigan A.C.E. Network; WCC Student Development and Activities; and the WCC Entrepreneurship Center.

The first of what’s planned to be an annual Women’s Poetry Night will feature renowned and up-and-coming poets and spoken work artists from WCC and around Washtenaw County. Light refreshments will be provided.