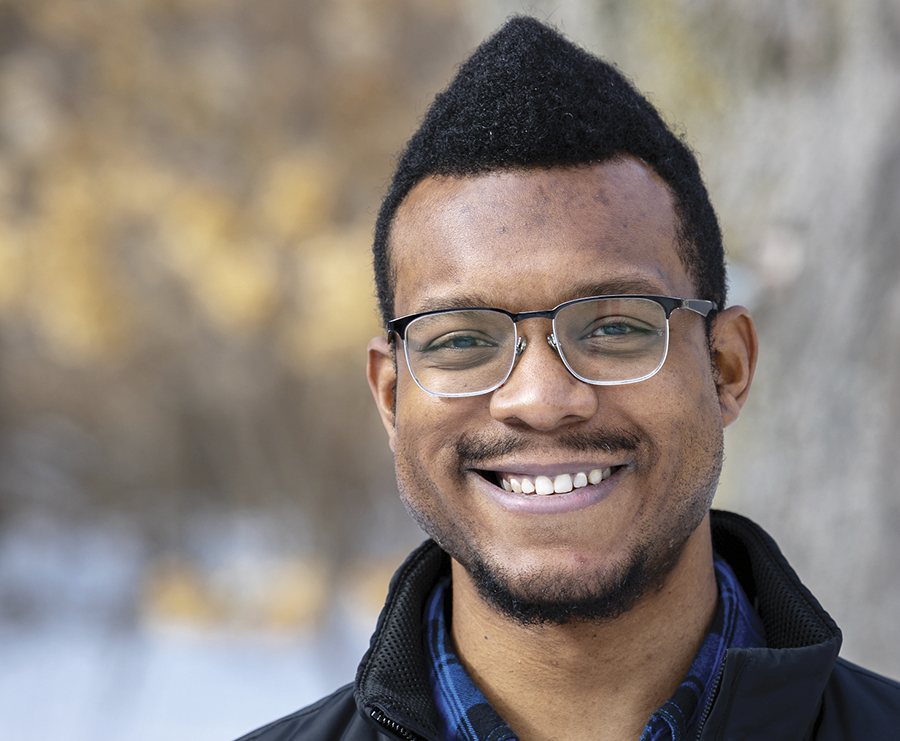 There’s probably no one better equipped to tell the story of what it takes to achieve a rewarding career than Washtenaw Community College alumnus Will Glover.

The 34-year-old Ypsilanti Township man currently is an award-winning associate producer for Detroit Public Television. But the journey to a full-time job in a profession he loves wasn’t easy.

After spending two and half years at Eastern Michigan University, Glover’s education was put on hold after his father’s sudden death.

“I worked in kitchens for several years to start paying a larger-than-expected college debt,” Glover said.  He can tick off a litany of restaurants he worked at, from Rochester to Ann Arbor with stops in between.

“I was a little skeptical about going back to college,” Glover said. However, a film course he had taken years before at EMU had sparked an interest he knew he needed to pursue.

So, he enrolled at WCC.

He credits Matt Zacharias, a WCC Digital Media Arts faculty member, for guiding him along the path to his Associate of Arts in Digital Video Production.

“I remember an assignment I worked on when I first went back to WCC,” Glover said. “I got it done but I knew it wasn’t very good. Matt took me aside and told me that we both knew it wasn’t good.

“That’s when he told me that he knew I had it in me to do better work. Matt played a big part in getting me to where I am today.”

Glover, now full-time at the station, won a Society of Professional Journalists Detroit Chapter for Excellence in Journalism Award for Community/Local News reporting in 2019-2020.

The recognition was for his work in producing a segment for the DPTV show “One Detroit,” which still airs.

Glover says he’s grateful for DPTV giving him the opportunity to develop his own stories, one of which was an exploration of how Detroit’s highway system impacted neighborhoods.

Glover hasn’t forgotten his alma mater. He says he enjoys the opportunity to be a judge for the annual WCC Film Festival.

It’s his way of giving back.