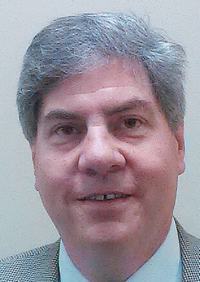 After decades of singing and having his musical compositions premiered and performed on stages nationally and internationally, Dr. Michael Nealon is taking yet another stage and this time it’s at Washtenaw Community College as the new permanent Vice President for Instruction (VPI). The Long Island, NY native comes to WCC with more than 25 years of experience in higher education. His first official day began Aug. 10.

“WCC has a fine reputation in the state and in the region,” Nealon said. “I’ve been very aware of the quality of programs here for quite some time. When the opportunity to join this distinguished team came along, I thought this would be a great place to start a new chapter in my life.”

Before making his way to WCC, Nealon served as Associate Vice President of Engaged Student Learning at Lansing Community College (LCC), which is Michigan’s third-largest community college and home to more than 17,000 students. He also served as LCC’s Dean of the Arts and Sciences division for five years, Chair Humanities and Performing Arts for two years, and Lead Faculty in the Music Program for eight years.

In fact, Nealon credits his music background in helping him to be able to lead effectively and efficiently in his past positions, as well as his newest role. “So much about music-making turns on one’s ability to listen carefully and play off the strengths of fellow performers,” he said. “These are equally important in my work as an administrator.”

Nealon notes that higher education in America today is at a historical crossroads due to ever-changing workplace demands. The big challenges are being able to teach for tomorrow’s jobs and keep up with the latest advances in technology. Nealon also said it’s WCC’s duty to stay on the cutting edge of what’s happening today while also being imagineers for what’s to come in the future.

“WCC has its own legacy, culture, mission, vision and community – we need to build and maintain these elements that make us unique to our community,” Nealon said. “I’m not interested in coming here and saying, ‘This is how it was done at LCC, so let’s do that.’ I am interested in taking on the challenges and questions that confront today’s community colleges in America; looking for opportunities that are on the horizon; and determining what will work best for students who choose WCC as the springboard for their futures.”

Nealon’s predecessor in the job was Dr. William Abernethy and he admirably served for two-and-a-half years. Abernethy previously served as dean of WCC’s Humanities, Social and Behavioral Sciences division and began his tenure at WCC in 1993 as an English instructor. WCC President Dr. Rose B. Bellanca cited Abernethy for his dedication, expertise and commitment as interim VPI. Abernethy has plans to return to the classroom.