Digital animation blowing up at WCC 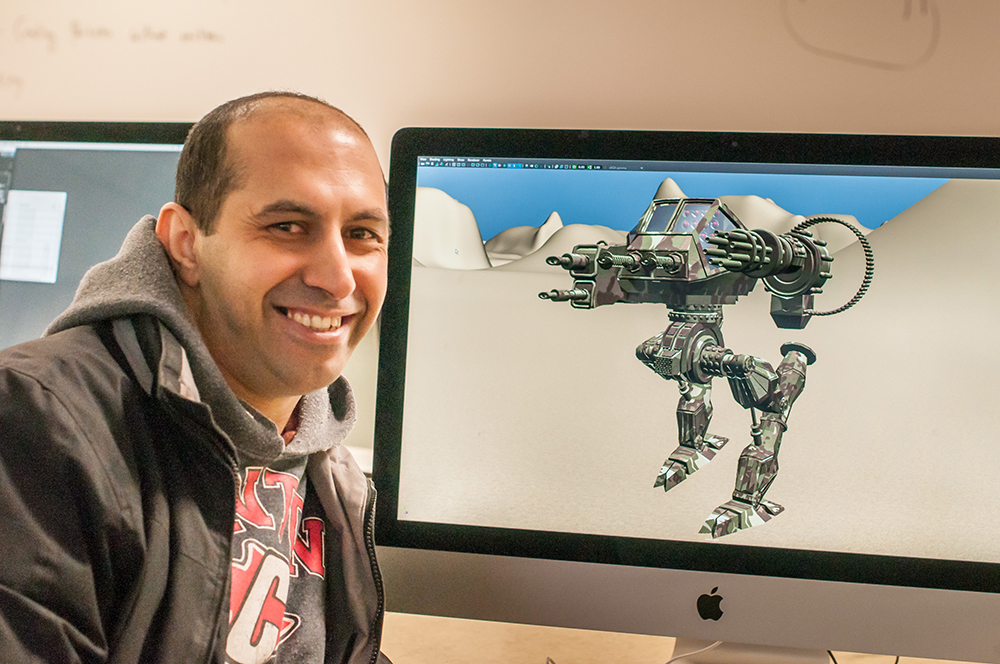 Career opportunities in the field of 3-D animation are growing and so is the 3-D Animation program at Washtenaw Community College.

Thirteen years ago, there were 16 students enrolled in the program. This year, more than 70. At the center of it all is Digital Media Arts instructor Randy Van Wagnen. 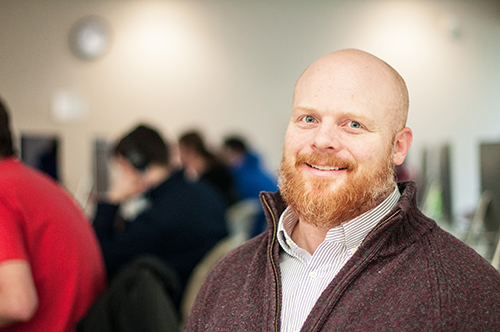 With more than 20 years of experience in the 3-D animation industry, he recalled recently how it all started.

“As a kid, I met Mike Coy, a pioneering 3-D animator at the Jackson Area Career Center. He and my instructor, Dennis Turner, pushed me to keep improving—they got me hooked,” said Van Wagnen. “That, and seeing Jurassic Park for the first time.”

In any high-tech field, it is important to stay current on technology and trends, and Van Wagnen’s makes sure this happens in his classroom.

“It is phenomenal to watch him teach,” said Dr. Kimberly Hurns, dean of Business and Computer Technologies at WCC and newly-appointed Vice President of Instruction. “Randy is a shining example of (staying current) and how that is translated to the students.”

One of the many ways Van Wagnen keeps pace with change is by representing WCC and the 3-D Animation program at the 2017 Motor City Comic Con. In 2016, WCC was the only educational vendor among 500 exhibitors. Van Wagnen sees the event as an excellent opportunity to recruit high school students. When they realize they can earn a degree in 3-D animation, he says, their eyes light up with career possibilities.

Van Wagnen began his animation career at the age of 15 with freelance work. After earning degrees from Michigan State University an 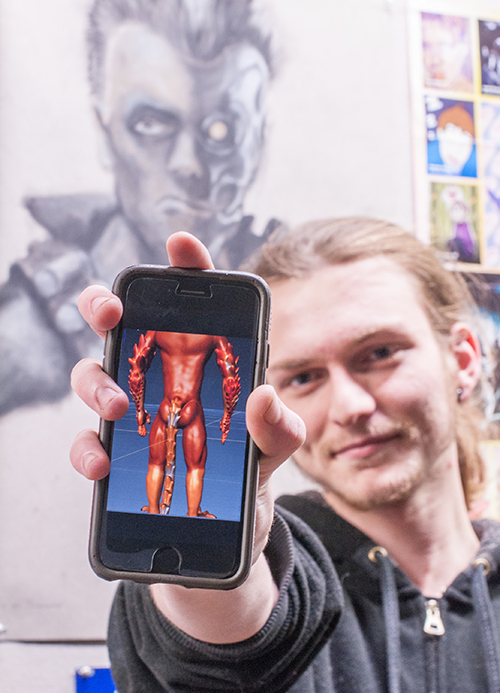 Over the years, Van Wagnen has also coached football, wrestling, and powerlifting for Columbia Central Schools in Brooklyn, Michigan, alongside his wife, Jenn, who also coaches powerlifting and is a biology teacher.

“I strongly believe in the importance of education,” said Van Wagnen, who is as much a powerhouse in the classroom as he is on the coaching field.

Dean Hurns has watched Van Wagnen take an “immense leadership role” as he’s grown the WCC program. An additional 14 students are set to earn certificates. With a growing student-base, the program will offer more online classes to meet the demand.

“Not only do students gain the skills related to these career fields, they have portfolios to transfer to the college of their choice,” said Hurns. “He does a really good job of helping students one-to-one to develop their career paths.”

Van Wagnen hears from alumni on a regular basis, including a large number who work as animators at places like Nickelodeon, ArenaNet, Cartoon Network and EA Sports. Others are employed at design, automotive and advertising companies.

“It’s incredible that an affordable degree like what we offer at WCC can lead to a full-ride scholarship and international opportunities,” said Van Wagnen.

By JESSICA BIBBEE
Special to On The Record