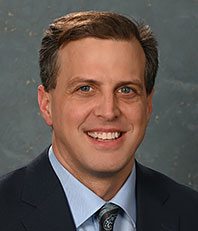 Jeff Irwin was raised in Sault Ste. Marie, but his family made Washtenaw County their home.

While a student at the University of Michigan, Irwin took an organizing job with the Michigan League of Conservation voters. His work and leadership in the community led to a seat on the Washtenaw County Board of Commissioners, where he was instrumental in instituting a living wage policy, extending health insurance for uninsured workers and protecting our natural resources.

Irwin was elected to the Michigan House of Representatives in 2011 where he served for six years. He led the charge to protect drinking water from high levels of toxic, dangerous chemicals and introduced and supported legislation that supported better funding for education, protected the environment from polluters and created jobs. He remains a strong voice for the rights of all Michiganders, including equal pay for equal work.

Irwin earned a bachelor’s degree in political science from the University of Michigan. He has served in the Michigan Senate since January 2019, and has introduced a variety of criminal justice reform legislation including a police training bill and clean slate for juveniles.