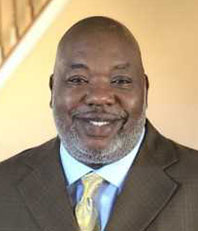 Anthony Williamson began his education through Washtenaw Community College with an interest in Criminal Justice. He later received his Bachelor’s Degree in Criminal Justice and Master’s Degree in Social Work with a concentration on children and family services from Eastern Michigan University. He worked as social worker with Big Brothers/Big Sisters, but found his niche with in-home family preservation with Catholic Social Services in 1992.

After attending the Million Man March, Anthony began focusing on community advocacy through the development of academic programming for youth. After brief stints with Ypsilanti Housing Commission and Eastern Michigan University, Anthony returned to Washtenaw Community College as an employee in 1997 and is currently Director of College and Career Readiness.