As we walked around the cathedral, I had to continuously remind myself that it was real, not a reproduction. 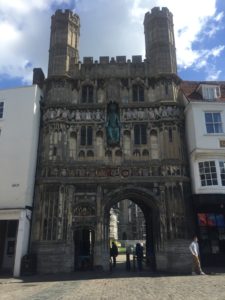 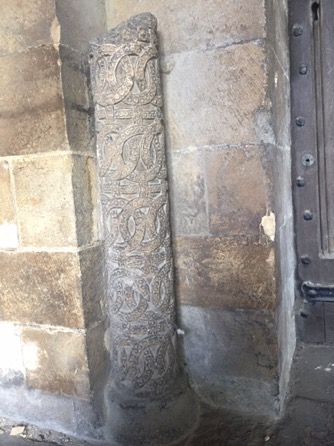 A column in the cloister. How many hundreds of years old is this? 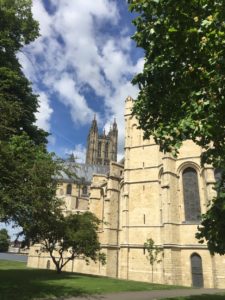 We could have easily spent a couple of days exploring the cathedral and the small town of Canterbury, but we only had the morning. After a tasty lunch, we were back on the bus and on our way to Dover Castle.

Looming over the shortest crossing from France, Dover has played a prominent role in England’s military history. The Romans built a lighthouse here that still stands and next to it is an Anglo-Saxon church that is believed to have once been part of a Saxon fortified settlement. Dover Castle was built by William the Conqueror beginning in 1066 and was continuously garrisoned until 1958. A network of tunnels was built under the castle during the Napoleonic War to house troops and were used again during both World Wars. 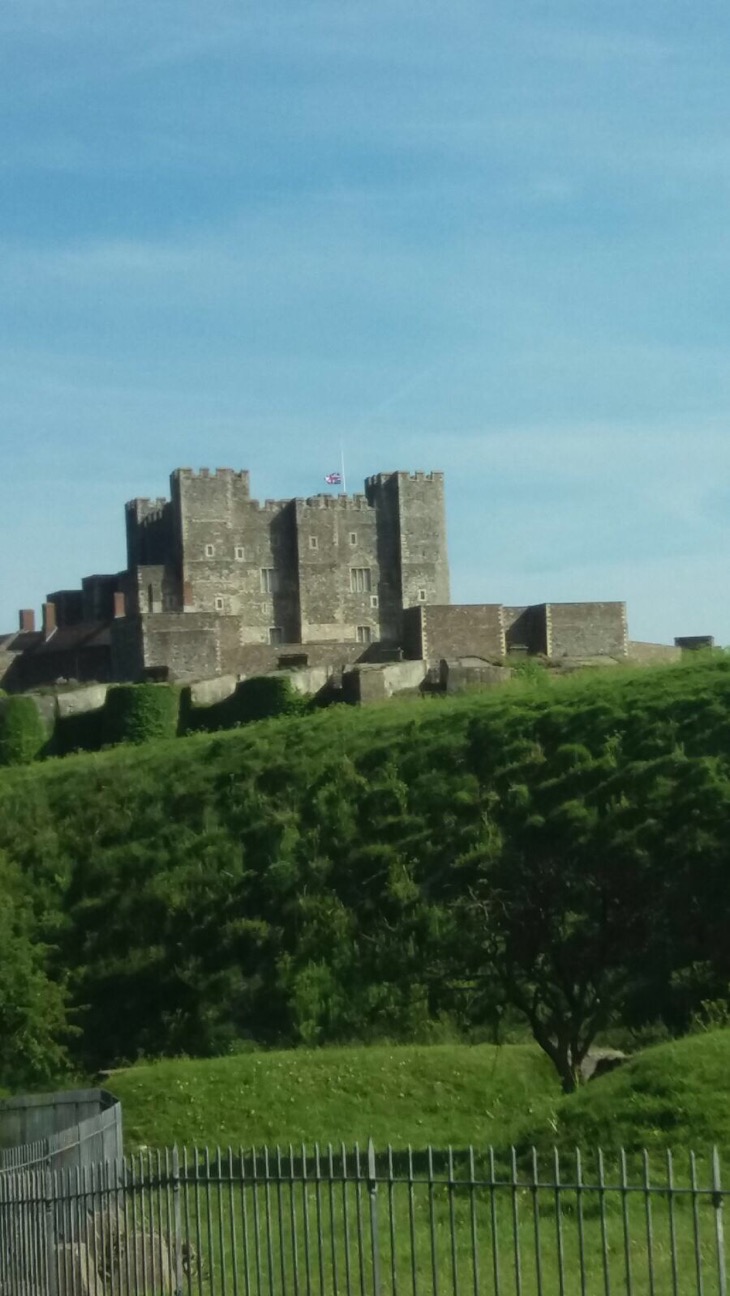