When we first spotted Conway Castle it is easy to see that this was an imposing structure to all that encountered it.  We dubbed this Castle “the castle-ist castle” and for good reason because Conway Castle is exactly what you think of when you think of medieval castles.  Located on the north coast of Wales on a hill, it easily towers over the city itself.  Four towers jut out from the top which give you a fantastic view of the water and the surrounding city if you are courageous enough to dare the climb to the top of one. Most of our group made the climb.  With spiraling staircases and stairs that were sometimes so narrow, that if you have big feet you were in trouble of slipping to your doom!  But the trip and the anxiety (for me because heights are not my friend) were well worth the site that awaited us. 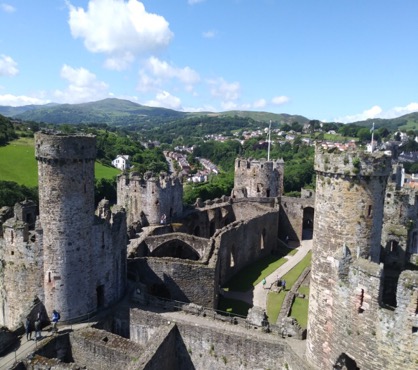 One of the coolest things was getting to see the medieval toilets or latrines as they are commonly called, that would have been commonly used by many a solider whether during battle or whilst on guard duty. All the other castles we visited had latrines, but Conway put them to shame by having ten of them in a row on the upper most level of the castle. Most of the other castles, like Dover Castle, would have one random latrine located at different places in the castle.  I would imagine this was a genius idea at the time so that soldiers wouldn’t have to go far.  This was the first thing that caught our eyes, or at least mine while walking up to the castle.  It is what I would imagine a medieval public restroom to look like. 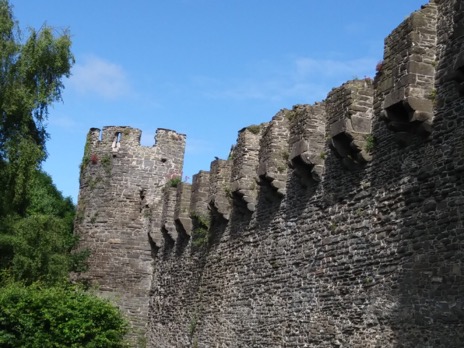 There were a couple of small annoyances that I had with Conway Castle.  Inside there are a few sculptures that are in my opinion, a little tacky and take away from the whole castle experience.  One of them being a huge likeness of Edward I’s face made out of wire.  This is just hanging in the middle of one of the rooms.  I was not a fan.  That being said, I was pretty impressed with the rest!  Huge fireplaces were found throughout the Castle, some of them so big that you could stand up right in them. 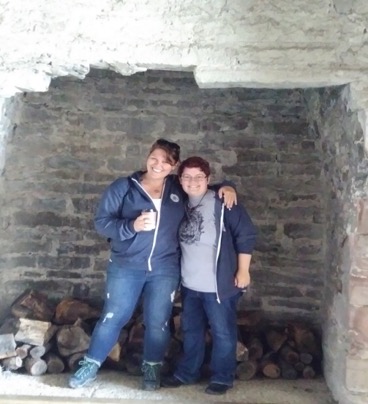 On top of the fact that the chapel had a viewing chamber above it so that the King wouldn’t have to worry about actually going there for service.  He would look thru a little peephole in the wall to see all that was going on below.  He even had his own personal latrine so he wouldn’t be bothered to go far when nature calls.  I would venture to say that he could probably see through the peep hole whilst sitting on the pot!

Along with Conway castle, the city itself had so much to enjoy.  If you are a fan of heights, or don’t care to be scared, you can walk to wall around the city.  This is the best way to get the full up close and personal view of the entire city.  If you are into tourist traps, you can visit the smallest house which is located just off the docks and costs 1 pound to go inside. I would say it is about the size of a small bedroom with a crawl space above in which to sleep, a little claustrophobic is you ask me.  Our group also agreed that this little restaurant on the sea, which I unfortunately can’t remember the name of, was the best place to get fish and chips of the whole trip.  Although some of our crew headed to Ireland afterwards, so the jury could still be out on that one.

All in all I would have to vote Conway Castle as my favorite castle of the trip.  Being everything a castle should be when I picture it in my mind.  When standing in the tower I could imagine how the land would have looked so many years ago.  You would have been able to see enemy troops coming way off and have time to raise the drawbridge and prepare for battle.  Today though we see Conway Castle from a much different point of view, picturesque photo opportunities! 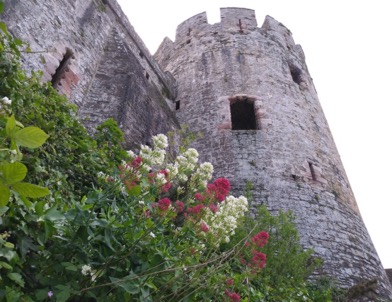