The Backbone of Roman Britain 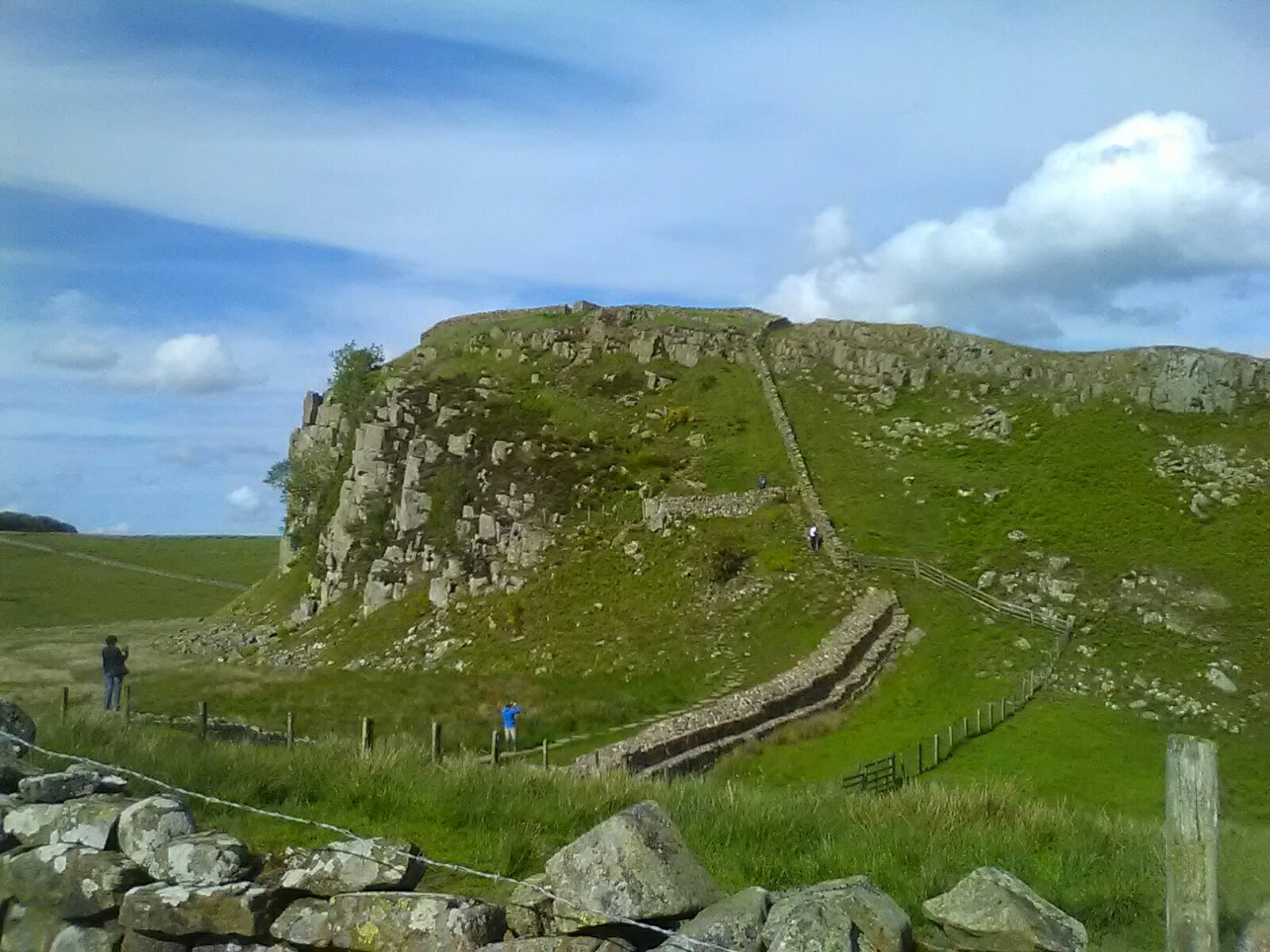 Hadrian’s Wall is the defining monument to Roman Britain. It spans the breadth of the island and acted as not only a barrier to invaders from the north, but also as a center from which Rome could exert its influence. Now, like many other ruins from its era, it is little more than a foundation. But those foundations still capture the essence of the wall’s might. They still rise high enough to obstruct the view to the north, and their finely worked stone bricks are a testament to Roman engineering prowess.

The section of wall closest to us was constructed atop a range of large hills and sheer cliffs. It doesn’t take much to imagine the fearsome presence that wall would have represented to the native Picts. One can imagine seeing the high ramparts and legionaries in their armor atop an impassable natural wall of rock, slicing through the countryside. As we climbed and followed the wall, I understood the extent of the engineering needed to fully realize the completion of this endeavor. This was a wall that was at least five feet thick in places, and which was built in the edges of cliffs. The amount of resources and manpower needed to build it would have been massive. I’ve always found it interesting how a civilization capable of such advanced feats could simultaneously be so steeped in superstition.