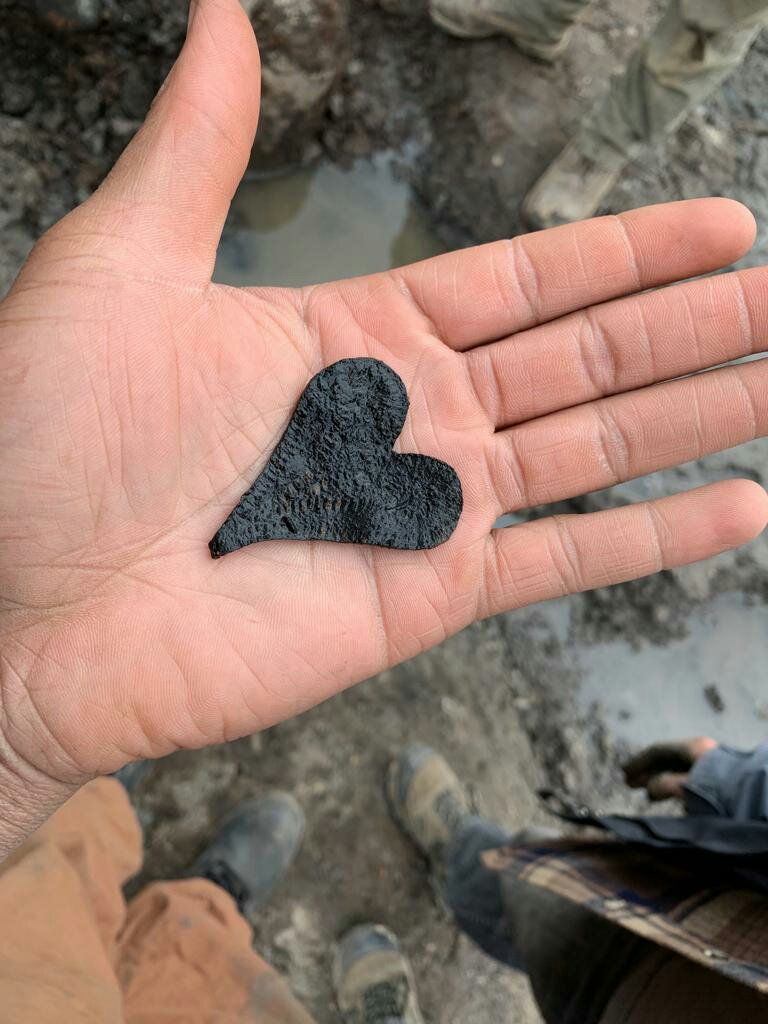 Vindolanda is indeed in the middle of nowhere. It’s adjacent to the tiny village of Bardon Mill in rural Northumberland, about ten or fifteen minutes away by car. Evenings in the Hedley Centre really reinforce that sense of solitude, with the knowledge that all the employees at the museum have gone home for the night, and that you and your peers are the only people in the complex. There’s a nice sense of freedom here, but the pitch black nights certainly discourage wandering about.

Vindolanda is situated in the middle of a hilly rural landscape. The ruins themselves are on a steep rise, overlooking the lands that surround it, all the way out to the large hills and small mountains that dominate the horizon. It’s a good vantage point, and one can easily imagine the strategic value that the fort had to the Romans. To the north, one can see what remains of Hadrian’s Wall, the once mighty frontier of Roman power in Britain. Now, its remains blend in with the rest of the stone walls that separate plots of farmland from one another.

Work at the dig site follows a strict schedule: Work starts at 9:30, and goes for two hours before lunch, which itself lasts about an hour. Then an hour and a half more of work time before thirty minutes of tea time. Work ends at 4:00, and we head back to the Hedley Centre for dinner, an evening of relaxation, and a good night’s sleep. In the trenches, we rarely ask what time it is. Instead it’s “How long until lunch?” or “Is it almost tea time?” These breaks are sacred to both worker and foreman alike. As soon as the time comes, we’re told to finish off what we’re doing and stow the tools under a wheelbarrow in case of rain. Many friendly reminders to do so will follow if one takes too long.

The work itself is hard, but rewarding. You’re set to a task and you work until that task is completed or until you’re reassigned. Oftentimes, the work will be to take a set plot of ground and dig down evenly to the next layer. Other times, it’ll be to remove a feature, like a stone causeway, in the case of some of our group. The unstated goal is always to work down to the fabled anaerobic layer: a strata of dark, gassy-smelling mud which forms an airtight seal around artifacts, preserving them for millennia. This is where the most important artifacts come from. The leather shoes, golden-hued bronze, and most importantly, the fragile wooden writing tablets that carry the words of the Romans themselves. Such finds are rare, but they do happen. This past Friday for example, we stumbled upon a heart shaped piece of leather covered in decorated stitching right before we dumped the last barrow before tea. More often though, finds will include pottery sherds and slivers of bone. Though much more humble than a bronze coin or a leather sandal, there’s a certain satisfaction when you brush the dirt off a tiny, burnished piece of red samian ware. Those with the mind of a historian will get a sense of exhilaration with the knowledge that the last person to hold that pottery sherd was a Roman who lived a thousand years ago, in a world that would seem alien to our modern eyes.