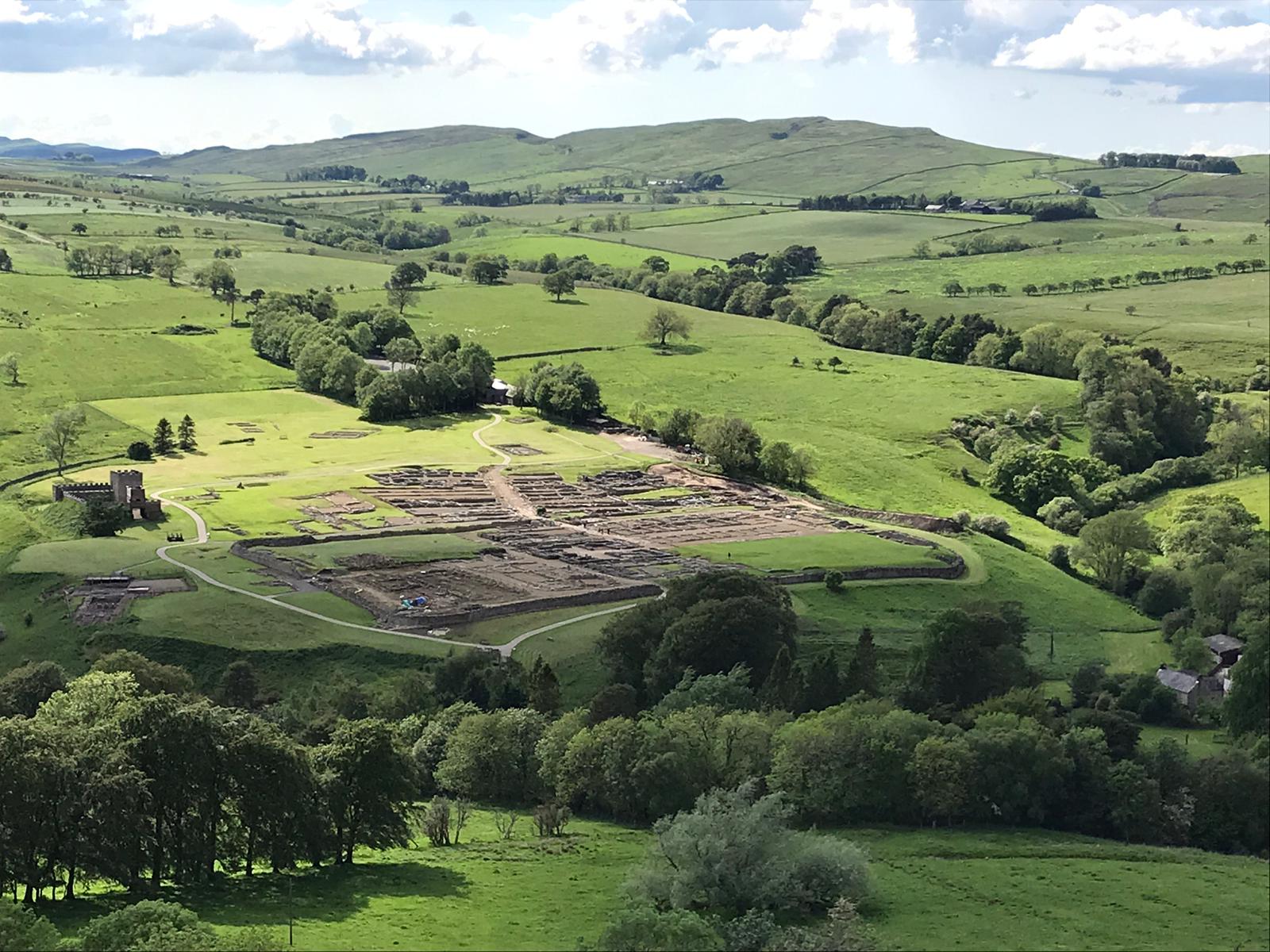 There is so much I am going to miss about Vindolanda. I had gotten used to having the privilege of waking up and heading out to the site every morning; looking over history as it was being uncovered. The museum is also steps away from the archaeology, so you could just walk over and see the importance of the excavation and what was being uncovered every year. It is easy just to say that we were digging in the dirt for two weeks, but we participated in a paramount project that will continue to discover more about Roman history for years to come.

I was very fortunate to be digging in a site fraught with architectural significance, still unknown, as to what purpose that area served. At first, a group of us were tasked to uncover more of a Roman road, believed to help carry supplies to the fort’s bathhouse. It was clear that the cobblestone path led somewhere, but after digging further, the ground brought up new information that could alter or add to what was previously thought. There had been a large amount of charcoal and burnt clay material, leading to the conclusion that a kiln had once stood in that area. Plenty of slag, the byproduct of different metals fused together, was found in and around the burning which shows signs of metal manufacturing, perhaps for making weapons or tools. There were also plenty of pits, that were believed to be alter pits, similar to those found at Maryport in Cumbria, England. The purpose of these pits was to hold large posts that would prop up buildings. As Christians came into the site, many years ago, they would essential build over top of Roman temples and burial pits. One of the volunteers, Graham, a very active older gentleman who is participating in a charity swim for Vindolanda, also dug at the Maryport site; it was fitting that he was moved over to our group to help in the excavation of the pits.

Each pit held a different stone, which was essential for building arches, which leads to the conclusion that a large building once stood. Andy, the lead archeologist, had no idea as to what we would uncover here, and at first, he thought that we would just be uncovering the road for 3D mapping. It was extremely fascinating, watching him put together the pieces to a puzzle and, in his words, “add to the findings at Maryport and secure a professor’s career.” My job was to just carefully scrape dirt away from the surface in order to reveal what was underneath. It was best not to go too far into the ground, or that could risk the quality of what we may find. The artifacts that were coming out of the ground, in my section were sparse. It seemed that since we were in an area that may have been occupied, or functional during a post-roman era, it was not uncommon to find a lack of pottery.

Vindolanda offers many different areas of land, that do not necessarily relate to one another. The fort has been built and rebuilt over hundreds of years, continually on top of previous remains; in its entirety the archeological project is to piece together a chronological timeline of the site. So much history has happened in that one area, and it pains me to leave, especially when Andy tells us that the next few weeks would involve the excavation of, perhaps, the funerary remains of a Vindolanda warlord.

Even though, I still look forward to returning home. It seems that as you leave somewhere and go to a foreign land that you have always dreamed about, you tend to also revert back to the person you always were; or, the person who you grew into. I am now thinking about returning to old habits, and settling back into the American security that I have grown so used to. Of course I will cherish the time I had on the entire trip so far, but it will be nice to come home and exhale. The friends I have made on this trip, I felt, have become very close over the past few weeks. Whatever apprehension we possessed for each other quickly faded as soon as we entered London, and more so in Vindolanda. I hope that we continue in developing a bond with one another, as I know that we connect in ways that were surprising and intriguing.

I can still remember feeling so nervous at the airport, worrying if I was going to get lost or miss my flight, but the time I spent here really changed my mind about different countries and traveling in general. The UK has been adventurous, fulfilling, and equally familiar. At points, as we were wandering around the countryside, I convinced myself that I was still in Michigan, but I would walk up the hill, see a pub, and look up at a fluttering Union Jack, which let me know where I really was. Our class really had built a comradery, reminiscent of home life. Nights at Vindolanda were spent watching a marathon of Harry Potter movies, which is really the series to enjoy after spending a week in London and York. We also took walks around the fort, just to take in that old Roman magic that filled the air; so peaceful and engaging in its beauty.