From Student to Teacher

WCC changes a student’s perspective (and position) on learning 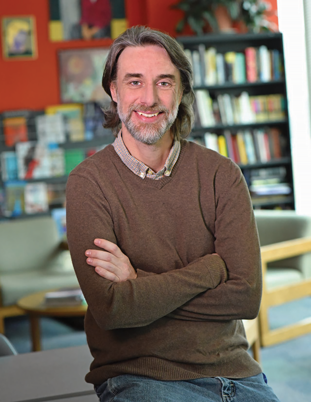 Life often takes people where they least expect it. Jamie Fulcher is a case in point. School didn’t enamor Fulcher much when he was growing up, so it made sense to him not to leap into college after graduating from high school. Instead, he made the choice to join the Navy. After returning home, he began working at various manual labor jobs.

“I did some landscaping work when I got back home, then worked on an auto assembly line. After that, I began bouncing around to a number of other jobs. I was making decent money at the time, so I wasn’t really thinking about my future,” he revealed. “Eventually, I got tired of feeling so unsatisfied at the end of the day. After working at jobs that were just jobs, I was at an age where I wanted to do something more gratifying while still being practical about my career choice.”

After enrolling at Washtenaw Community College in 2007, Fulcher found himself not only enjoying getting a college education, but also wanting to bring his love of learning to others.

“While I hadn’t been fond of school when I was young,” he said. “I had always loved writing and reading. Sharing this with others as a teacher made perfect sense.”

A new view, a new life

Fulcher graduated from WCC in 2010 before transferring to Eastern Michigan University, where he went on to earn a bachelor’s and a master’s degree in English literature.

The professional he is today is a far cry from the student, fresh out of high school, wanting nothing to do with college.

Now you can find the 41-year-old Fulcher in the halls of WCC once again … only this time as a faculty member.

“Being a high school teacher was my initial plan, but going to school at WCC showed me the value of community colleges and inspired my career path,” he shared. “The best decision I ever made was coming to WCC.”