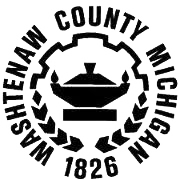 ANN ARBOR, MI – Will Ann Arbor reach a predicted unemployment rate of 2.5 percent, and how many jobs have been created across the region in the past year?

The Washtenaw Economic Club is preparing to answer those questions with the unveiling of the club’s 2017 Economic Outlook at its next gathering. The report is a detailed forecast that covers what the county can anticipate in the next three years.

The 32nd Economic Outlook presentation takes place from 11:30 a.m. to 1:30 p.m. Wednesday, March 29, at Washtenaw Community College. It includes a question and answer session featuring University of Michigan economists Gabriel Ehrlich and Donald Grimes, the creators of the report, and a panel of Washtenaw County officials.  Read more

Editor’s Note: Emily DeRocco, former Assistant Secretary of Labor in the George W. Bush administration and currently Education and Workforce Director for Lightweight Innovations for Tomorrow (LIFT), was guest speaker at a recent Washtenaw Economic Club luncheon. She spoke before an audience of nearly 200 business and industry leaders. Following are excerpts from her speech that addressed the importance of STEM (Science, Technology, Engineering and Math) education in re-establishing America as the leader in manufacturing.  Read more

For Washtenaw, a rosy outlook

For the past 31 years, Dr. George A. Fulton, research professor at the University of Michigan’s Institute for Research on Labor, Employment and the Economy and director of the Center for Labor Market Research, has peered into Washtenaw County’s economic future.  Read more

Washtenaw Community College is proud to host the Washtenaw Economic Club.
The club was founded in 1998 as a nonprofit organization that gathered business and political leaders, journalists, sports figures and other area celebrities. In 2010, the organization disbanded and became a special program within WCC, and it is still a place “where leaders meet leaders.”  Read more

With 45 years on the beat, Skubick is the longest-serving member of the state capitol press corps. He covers the capitol for WJBK-TV-2 and WWJ NewsRadio 950 in Detroit.  Read more